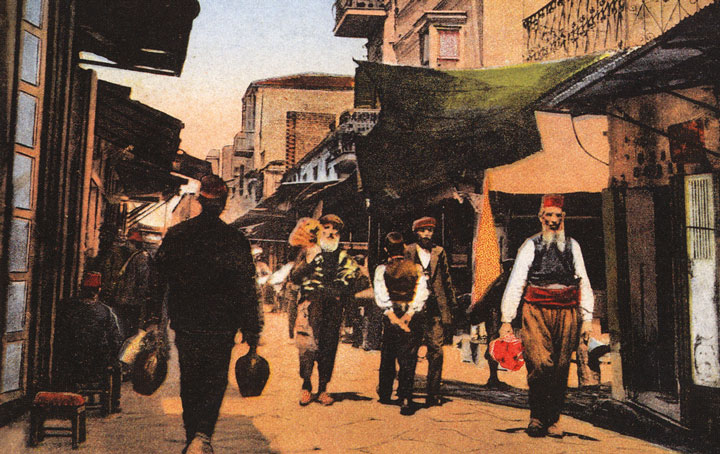 The hand-tinted antique postcards are in the collection of Gérard Levy, Paris, and are used by permission. These images are of Jews in traditional Sephardic dress and were made in Thessaloniki (Salonika), Sarajevo, Bitola.

Jews found their way to the Iberian peninsula in the 5th century and lived there for over 1,000 years, acting as liaisons between Christians and Muslims and working as doctors, pharmacists, leather binders, tinsmiths, textile merchants, and traders.

Once the Catholic rulers united their kingdoms and defeated the Muslims, Jews were no longer needed and were expelled in 1492. Very few countries wanted to accept them; these Spanish Jewish exiles (many had converted in Spain under penalty of death) found new homes in Amsterdam, London, South America, Morocco, and throughout north Africa, and especially in the Balkan lands recently conquered by the Ottoman sultans.

Judaism is one of the world’s oldest monotheistic religions and it was founded in the Middle East more than 5,700 years ago. In 79 AD, Roman legions conquered Jerusalem and expelled the Jews, who would wander without a homeland for centuries. Jews found their way to Europe; the vast majority lived in the north and would become known as Ashkenazim.

Here in the Balkans, traces of Jewish settlements date back to Roman times, but most Jews arrived after their expulsion from Spain in 1492 and were known as the Sephardim. They brought with them their style of dress, their customs, and their language, Judeo-Español, or Ladino. 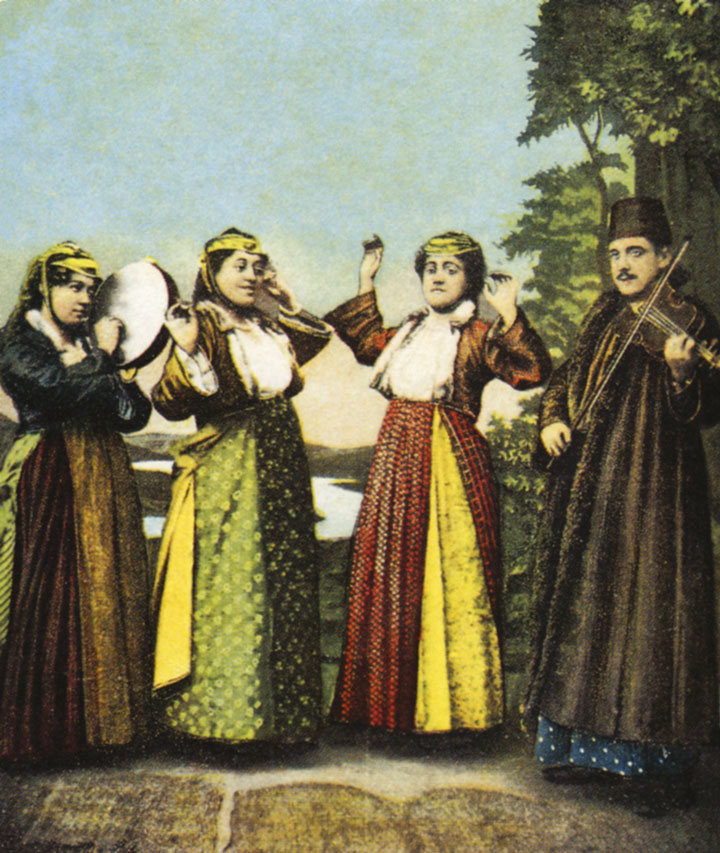 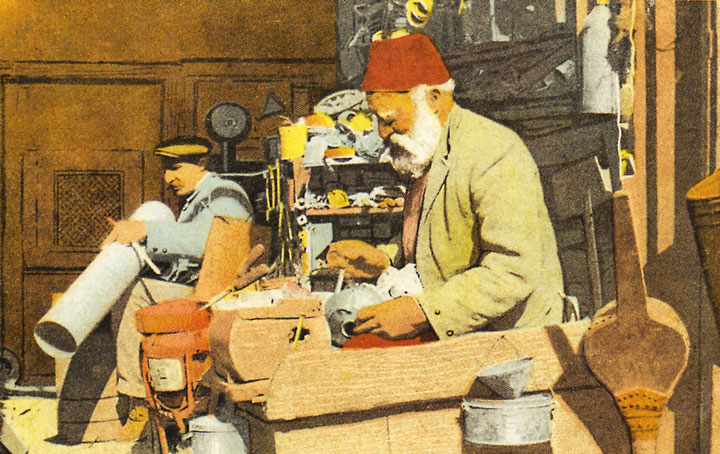 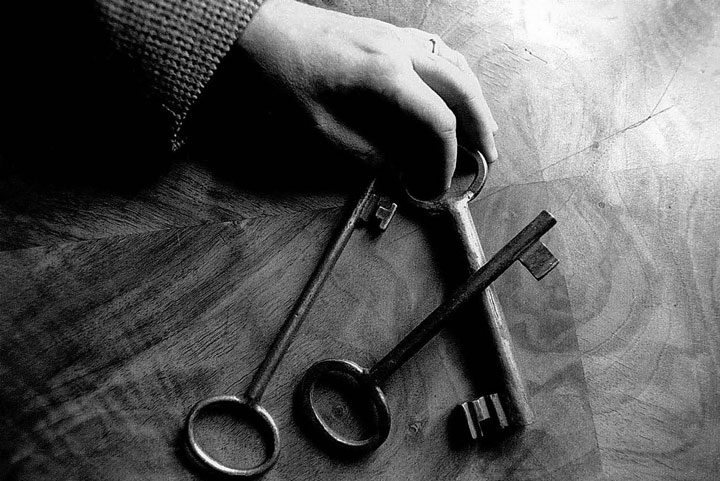 Legend has it that Jews from Spain took their house keys with them, hoping some day to return. These three keys were found in Jewish homes in Sarajevo and are now in the City Museum of Sarajevo.

By the 20th century, there were millions of Ashkenazi Jews living to the north, and less than 200,000 Sephardim living in the Balkans. Most of the Balkan Sephardim did not survive the Second World War; there are less than 4,000 of them in the western Balkans today. This exhibition pays homage to them, for theirs is a uniquely Balkan story  and it belongs to all of us. 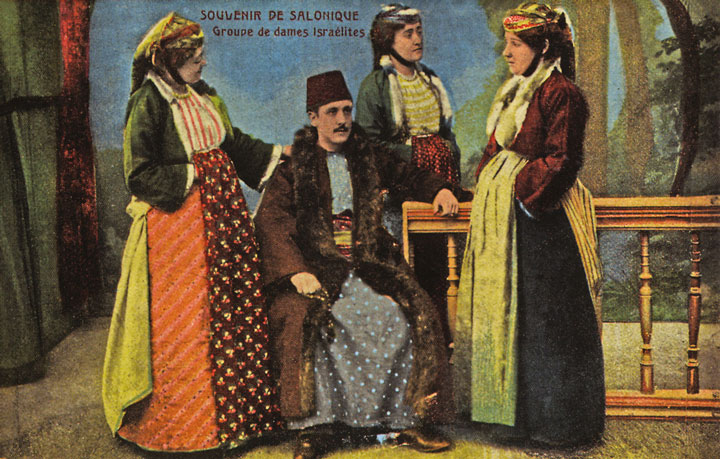 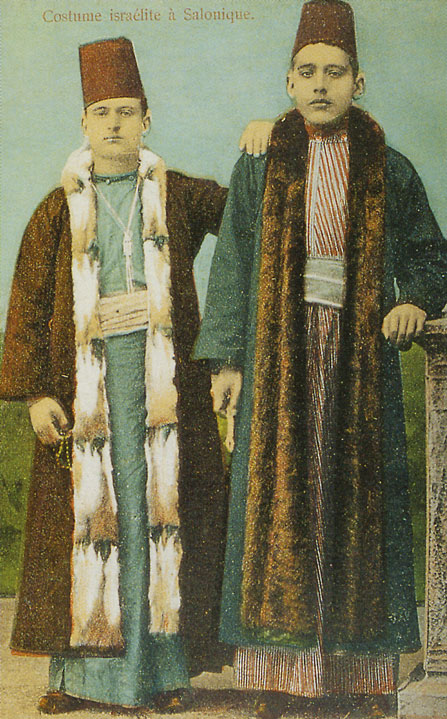 The same week that Columbus sailed west in 1492, the last Jews of Spain were being expelled. Even though they had lived there for a thousand years, religious intolerance threw them out. Where did they go? Who took them in?

The answer will surprise you: while most found refuge in Portugal (briefly), Antwerp and in Amsterdam, and then in the western hemisphere, most of these Spanish Jews, or the Sephardim, settled in lands ruled by the Ottoman sultans. Around 180,000 lived in the Balkans, and they lived alongside their Christian and Muslim neighbors. Until 1941 and 1942, when the Germans invaded the region and—with some local collaborators—murdered most of them. But then came the 500th anniversary of the expulsion in 1992, and the very last of the Sephardic Jews in the embattled, war torn city of Sarajevo said: We remember what intolerance did to us. We know what hate does. It is not our way. We travel another path.