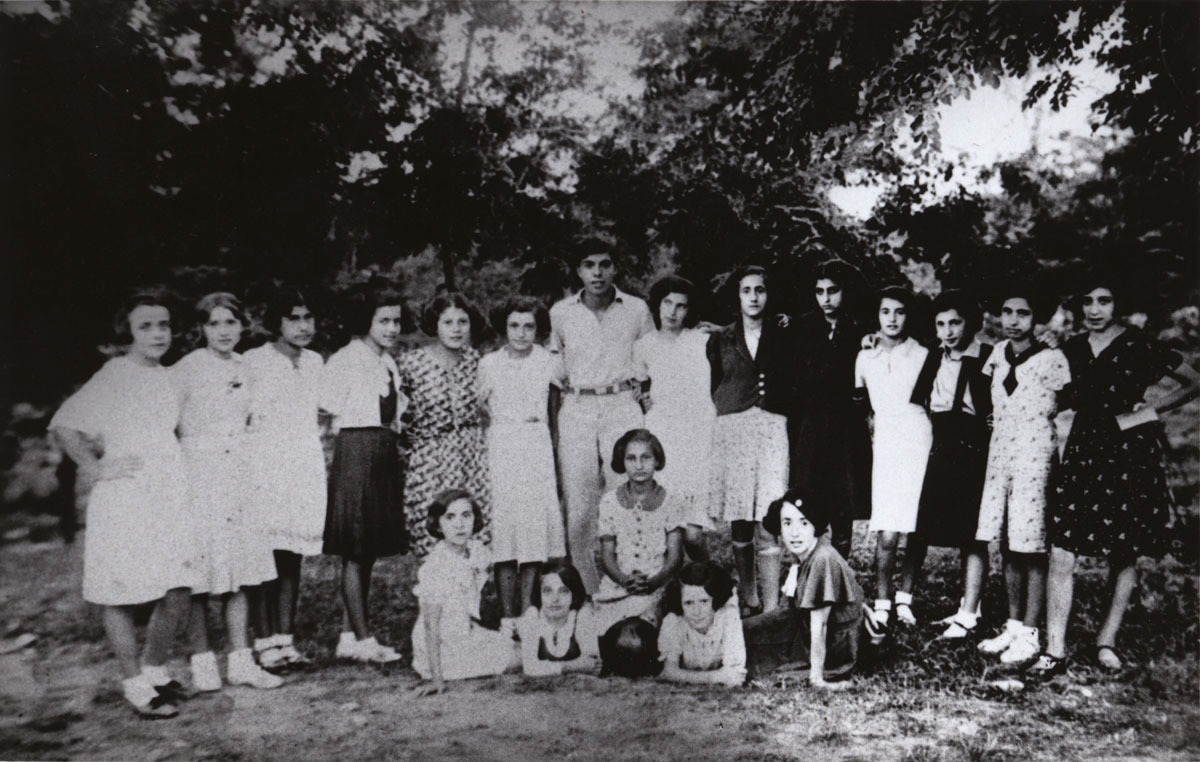 Roza Kamhi: When we were teenagers we started the Hashomer Hatzair [The Young Guards] club, a leftist Zionist youth organization. We met every day and Hashomer was all about moving to Palestine and starting a real Jewish state. The first time I went on a train was when we went to one of Hashomer’s scout camps. Hundreds of Jewish kids from all over Yugoslavia came.

Somewhere with the Partisans

Beno Ruso: Me, on the right, with my friends, Viktor and Nisim. Before 1941, I was drafted as a private, war came, and the Germans overwhelmed us. Our unit surrendered in Sarajevo and I fled to Bitola. I was one of the first to join the Communist Party and then the Partisans. By the end of the war, I was a general. 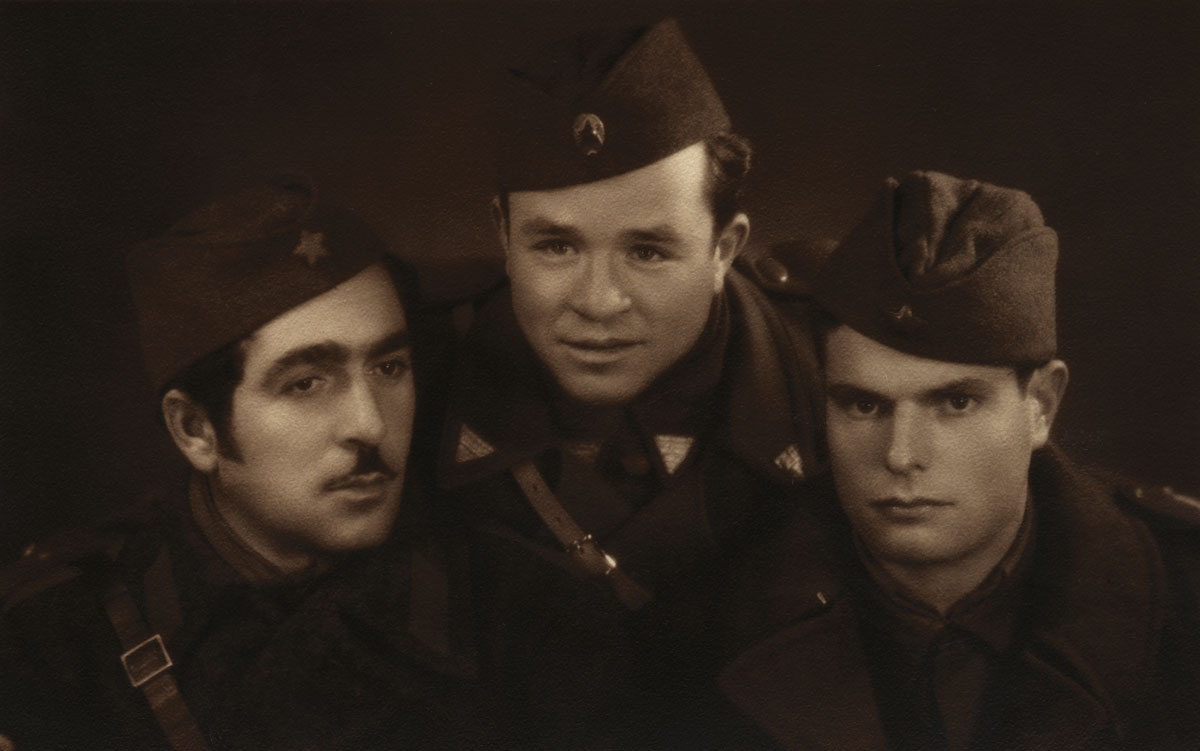 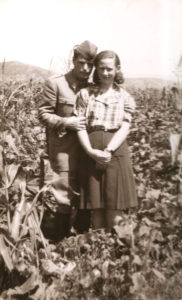 Beno Ruso: I joined Hashomer for two reasons: Pepo Kamhi was its leader and he was a role model for me—and I had a crush on his sister, Roza. The war interrupted our courtship, which lasted 10 years in total, but we agreed to marry when it was over. And we did, in 1946.

Roza Kamhi: We married in 1946. We went from our offices and found two witnesses on the way to the municipality. Beno’s brother, Dario, got married on the same day. After the wedding we all went to lunch together and then returned to work. That was the whole ceremony. We had lost our families. There was no one to share the joy with. 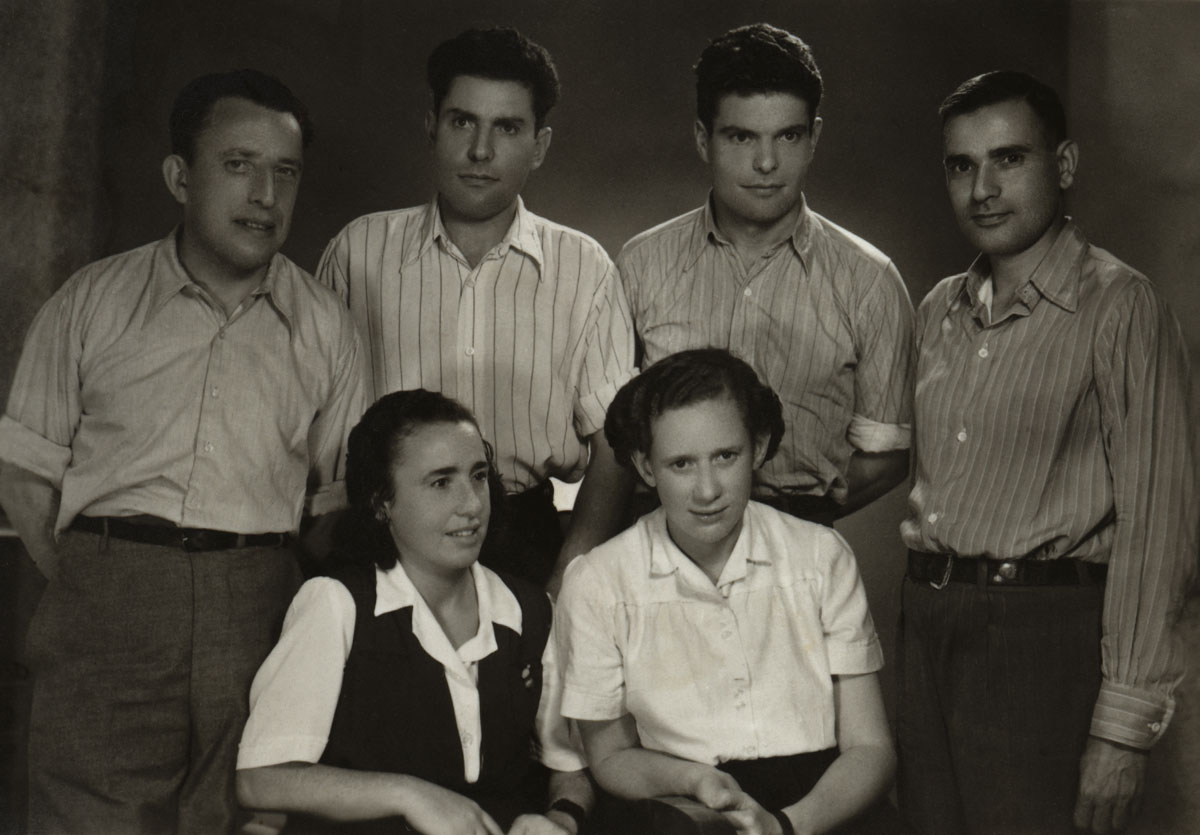 Beno Ruso and Roza Kamhi: The Years Make Their Own

Beno and Roza fell in love in the 1930s and were married in 1946. In between, the vast majority of Macedonia’s Jews—more than 7,400—were deported to Treblinka. Not one returned alive. Beno and Roza, and several of their teenage friends, joined the partisans, grabbed rifles and fought back. When the war ended in 1945, Beno was 24-years-old. He was also a general. This story takes us all the way to 2011—through the death of Tito, the break-up of Yugoslavia, and the opening of the largest Holocaust Museum in southern Europe. That makes this a great film for teachers of Jewish history, Holocaust and contemporary history.

Beno Ruso and Roza Kamhi were interviewed for Centropa by Rachel Chanin in 2005. This film, based on those interviews, was commissioned by The Holocaust Memorial Center of the Jews from Macedonia in Skopje, where it is being shown in the new museum. The film was made in Macedonia by filmmakers Stojan Vujcic and Apostal Tnokovski, with two remarkable actors reading the parts of Beno and Roza. 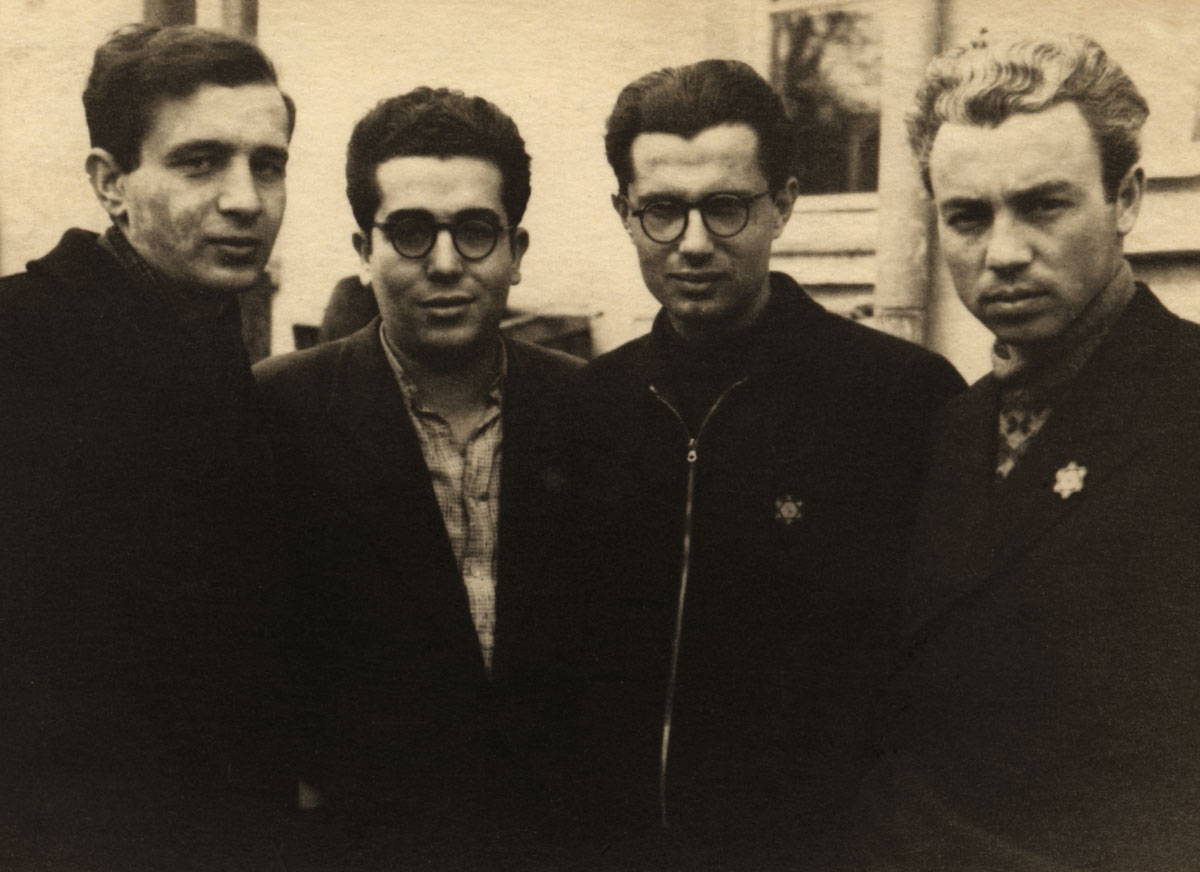 From left to right: Isak Levi, Salvo Levi, me, and Aseo (but I forgot his first name). We were all from Bitola but were studying medicine in Sofia, which saved us. You see that Aseo has white hair? He was in a Bulgarian prison and he was to be deported. In the end he wasn’t, but in two weeks his hair grew out white.

My identification card from the university in Sofia.I had left Bitola before the deportations in 1943. I studied medicine in Sofia, then was deported with other Jews. But I got away, and helped with the liberation of Bulgaria in September 1944. I finished my medical studies in Sofia, and then studied more for a year in Paris. But not before going back to Bitola to marry Dzamila. 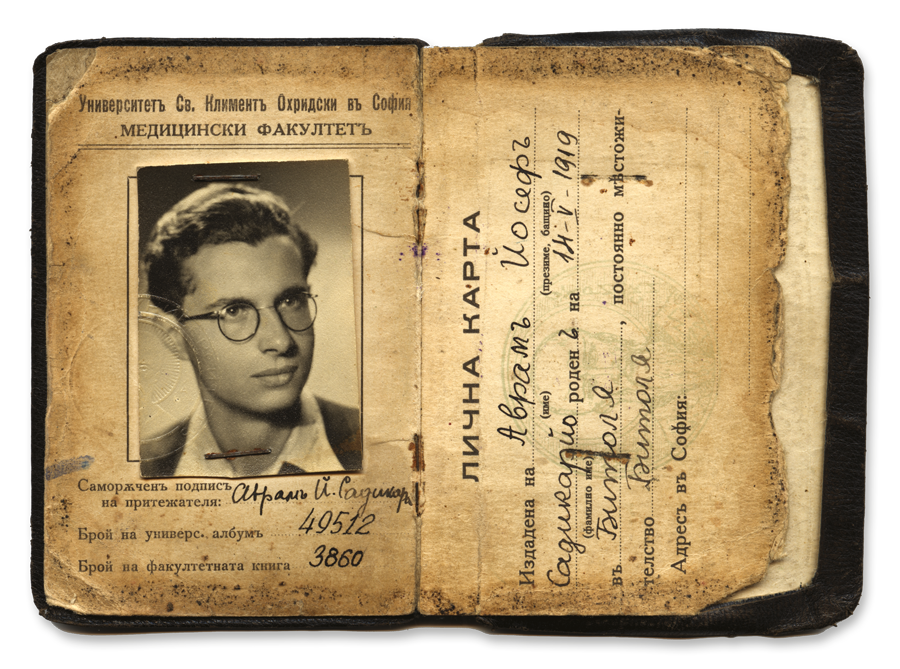 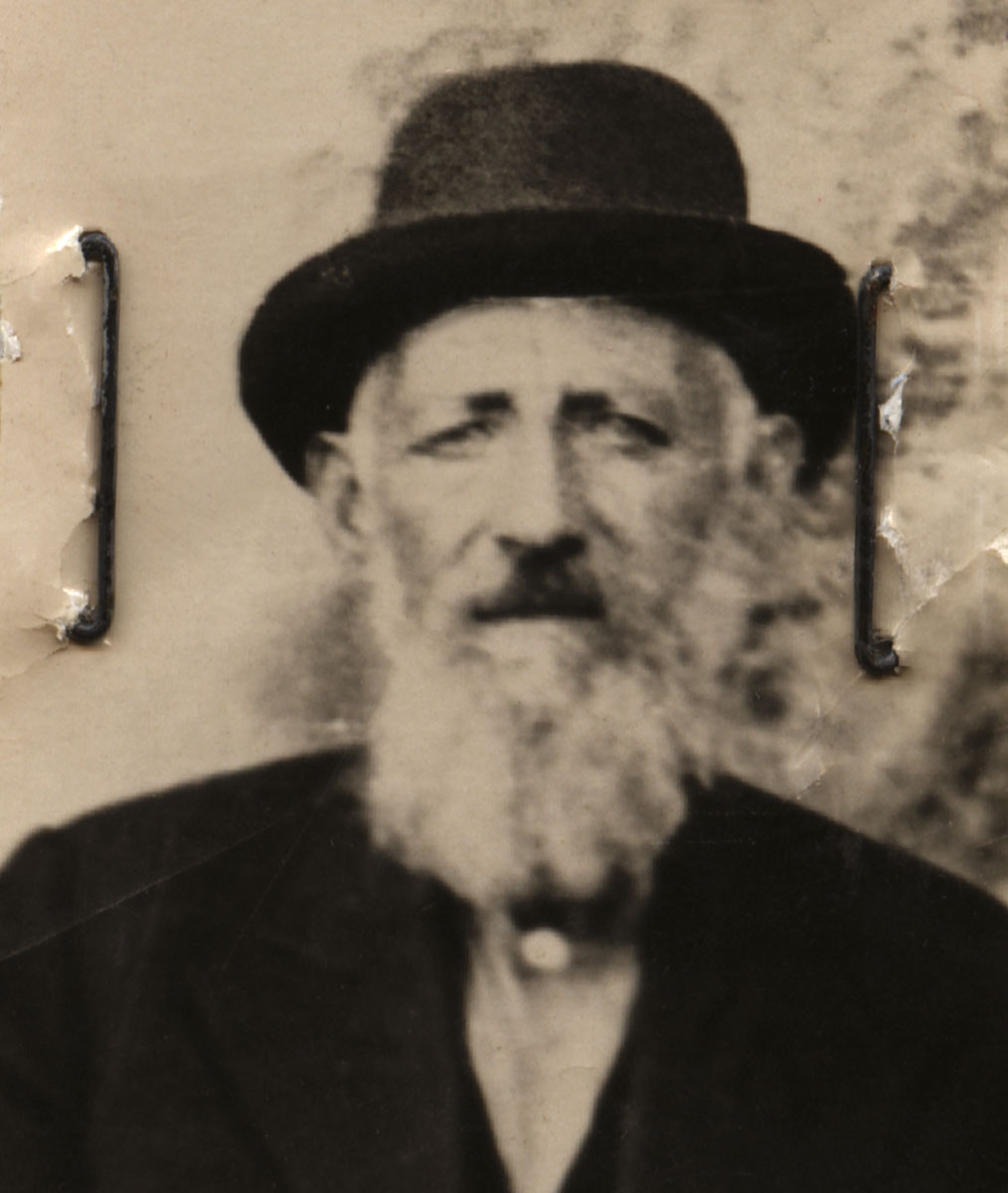 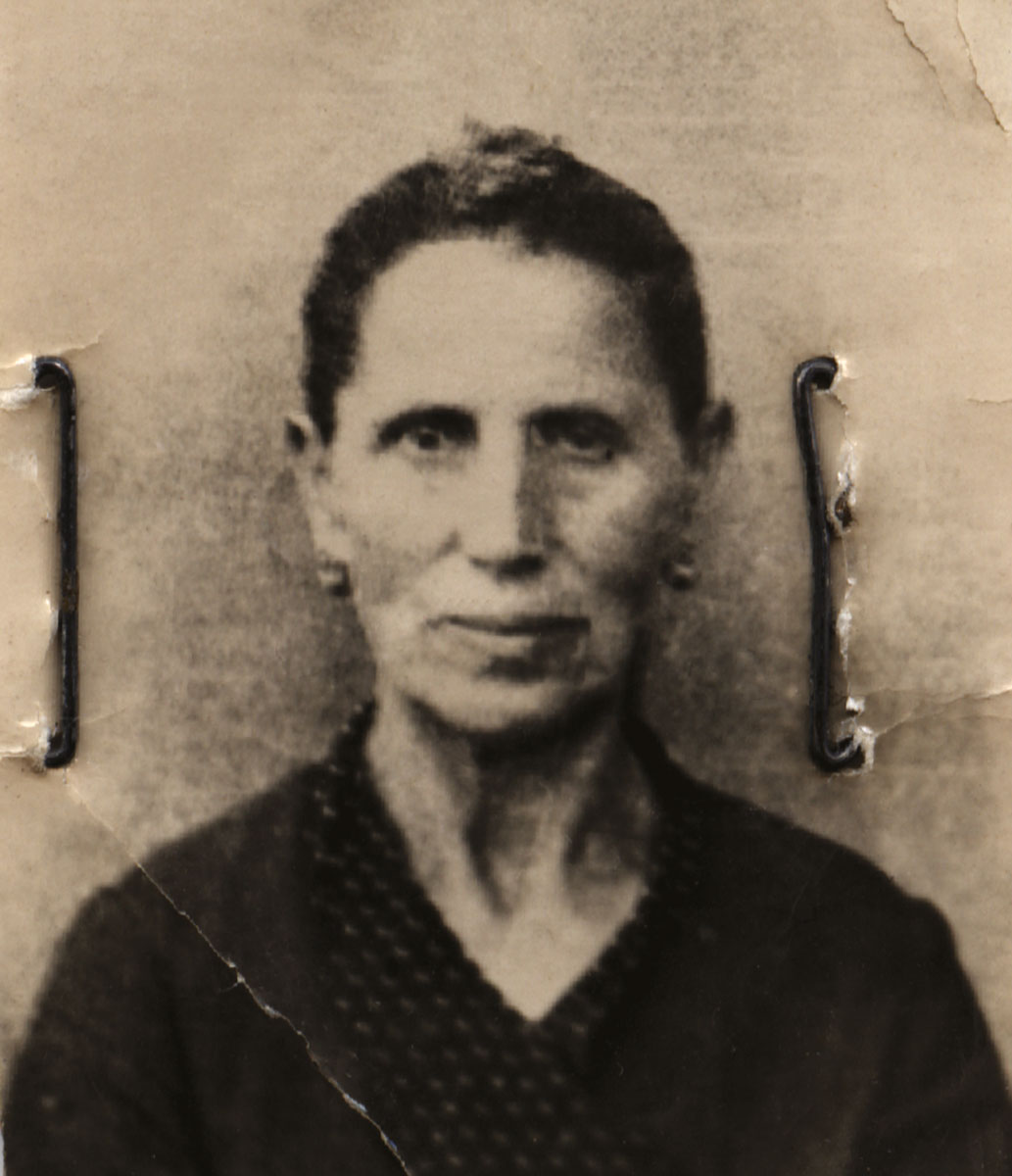 Josif and Vida Sadikario. These are the only pictures I have of my parents. They were taken from Bitola to Skopje like thousands of other Jews, put in a tobacco factory, and sent directly to Treblinka in March 1943. Not one Jew out of the 7,400 returned alive.

My wife, Dzamila Kolonomos, and me. We have spent a lifetime sitting here talking and remembering. I retired as a doctor in 1984 but I continued to drop by to help. When my children were little we spoke to them in Ladino but when they began school they started to forget. Now they speak Ladino as if they are foreigners. 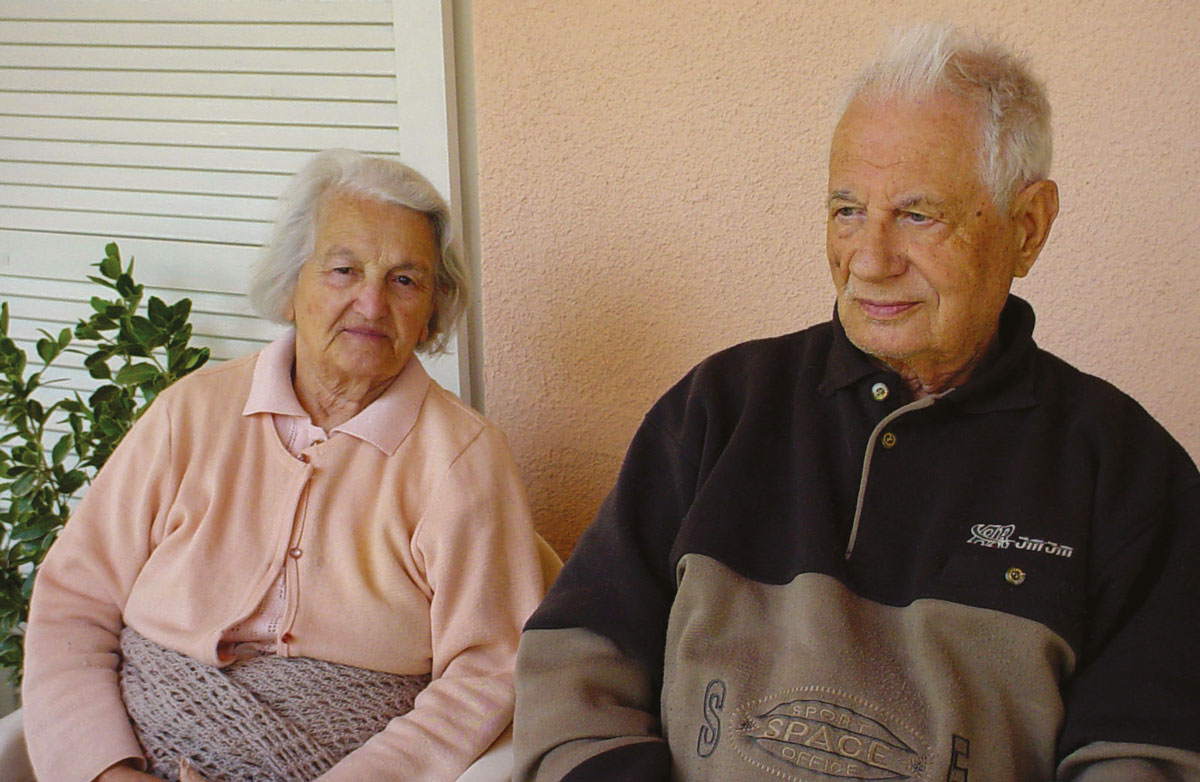